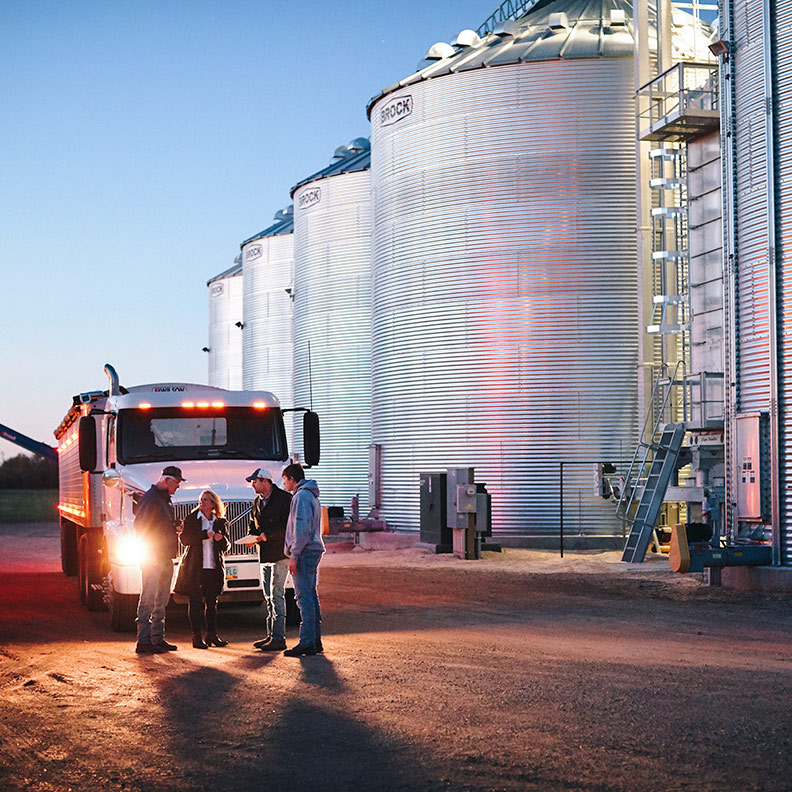 With talks between Ukraine and Russia fizzling, there is no clear end in sight for the conflict. As Russia has moved closer to Kyiv and ramped up bombing of other cities, more than 2.5 million people have fled Ukraine. In response, the U.S. and its allies have announced even stricter sanctions including those on energy exports. We continue to monitor how this will affect the U.S. economy and ag markets.

The announcement on March 8 that the U.S. would be banning Russian oil has sent gas prices to record highs. The national average gas price is hovering around $4.24 per gallon. Despite the U.S. usually having enough domestic oil production to meet demand, as we’ve seen with this conflict, it’s a global market. With the global supply declining, global prices will continue to rise. Oil buyers have been shunning Russian oil for weeks and Shell recently announced it would not be buying Russian crude oil. It’s not out of the picture to see oil prices rise to $200 a barrel which would mean average gas prices could hit $5 per gallon.

The U.S. gets about 8 percent of its oil from Russia which accounts for about 5 percent of Russia’s exports. While the U.S. produces a lot of oil domestically, most of our imports come from Canada and Mexico. Europe relies on Russia for about one-third of its oil and will be affected more negatively by sanctions. Russia exports about 5 million barrels a day. To make up this difference, Biden has signaled that the U.S. and 30 other countries would be releasing more oil from strategic reserves to help keep prices from climbing higher. Saudi Arabia and the United Arab Emirates could increase production and Venezuela also sits on large oil reserves. OPEC is unlikely to call for additional production as historically, producing more oil during volatility can also lead to higher prices.

The European Union has excluded Russian energy from Sanctions as it relies on it heavily. There is not an easy way for Europe to find the additional power supply to heat homes and power the industrial sector. While many countries have said they would be working on reducing their dependence on Russian oil and natural gas, it won’t happen overnight. Natural gas is the biggest challenge as Europe would need to find a large supply, while other parts of the world are also trying to do the same.

The March World Agriculture Supply and Demand Estimates (WASDE) report was released, and as expected, it predicted a drop in exports from Russia and Ukraine. USDA lowered Ukraine grain exports by 4.0 million metric tons and Russia by 3.0 mmt. The report also cut South American soybean expectations due to drought. U.S. corn exports were increased due to Ukraine and U.S. soybeans were increased due to drought in South America. To help make up the difference, Australia and India were increased by 2.0 mmt and 1.5 mmt respectively.

While the slight decrease in estimated exports out of Russia and Ukraine may be puzzling, it’s important to note the seasonality of exports. Most of the wheat and corn is exported during last summer, fall, and early winter. Ukrainian farmers will be planting less spring crops this year such as soybeans, corn and sugar beets. We may see more drastic export estimates later this year and early next year as the full effects of the current conflict are more apparent.

APK-Inform, a Black Sea ag consultancy is also estimating a 39% drop in spring grains planted in Ukraine in 2022. They are estimating only 4.7 million hectares (ha) will be planted. They also noted that based on the locations of current military activity, they expect a 28% loss of harvested winter wheat, rye and barley.

Wheat prices have been volatile since the beginning of the conflict. Earlier this month, wheat futures shot up to over $12 a bushel. Corn is up to $7 a bushel and soybeans are over $17 per bushel. Farmers within Bremer’s footprint will also see volatile prices at their local elevator. Here’s what some local ag bankers have seen and heard.

“Local price basis has been volatile around southwest Minnesota. Some elevators were bidding high to fulfill short-term demand and as soon as enough farmers sold, basis retracted to near normal levels. New crop corn basis is back to near historical average as well.”

“I heard of a farmer who was unable to enter into contracts for 2022 edible beans. In typical years, the farmer would be paid when the beans are delivered but as it stands now, they won’t get paid until they are sold by the elevator. I believe the issue has to do with logistics – shipping containers to Europe versus Ukraine or Russia being an endpoint. My understanding is that there is plenty of 2021 crop that needs to be exported yet.”

“The buyers around here moved out to July two-weeks ago and some days they stop taking bids if the market gets too volatile. Farmers are very frustrated by this.”

Crops such as winter wheat, rapeseed and canola are winter crops and were planted in the fall. Now is usually when farmers would be applying fertilizer as the winter wheat comes out of dormancy. But with fuel and fertilizer shortages, winter wheat yields will likely be down. Fuel shortages have been an ongoing issue as the military takes priority. Even if a farmer can get access to fertilizer, pesticides and herbicides, without enough fuel to power equipment, it’s useless. The upcoming spring crop will also face difficulties. Even with conflict in urban areas, there’s still a lot of disruption and uncertainty about production estimates. Reports of farmers working at night to avoid drones and even seed companies attempting deliveries to farmers when safe to do so demonstrates the difficulties farmers face.

With nearly 30% of the world’s wheat tied up in this conflict, food shortage concerns have heightened in recent weeks. With ports in the Black Sea unable to move commodities out of the area and lowered production estimates, some countries have started stockpiling crops. We’ve seen Hungary stop grain exports as well as flour rationing in the Middle East. We will likely see more countries stop or lessen their exports as they focus on feeding their own populations.

Infrastructure issues continue to drive food shortage concerns as well. While Ukraine has some ability to ship grain out via a rail network, the volume is much less than using shipping. If the Port of Odessa is destroyed, we will see additional bottlenecks that could take years to work through. Sunflower seed crushing has also halted. Many facilities have stopped production due to uncertainty. Russia also recently destroyed crushing facilities further limiting sunflower production.

Much of Ukraine’s exports goes to Northern Africa as well as the Middle East. As the world experiences food shortages, some of the poorest countries will be hit hardest. Depending on the length of the conflict and amount of infrastructure destruction, the U.S. and South America will be responsible for feeding the world.

We’ll continue to watch the commodity markets and upcoming USDA reports. Once we get a more official announcement of what farmers in Ukraine are able to plant, we’ll be able to see how markets react. If estimates out of Ukraine are really low, and it’s looking like they might be, we expect even higher prices. The other big concern for all markets is how long the conflict last. With commodity markets, a bad event or disaster today can ripple through for months to come.