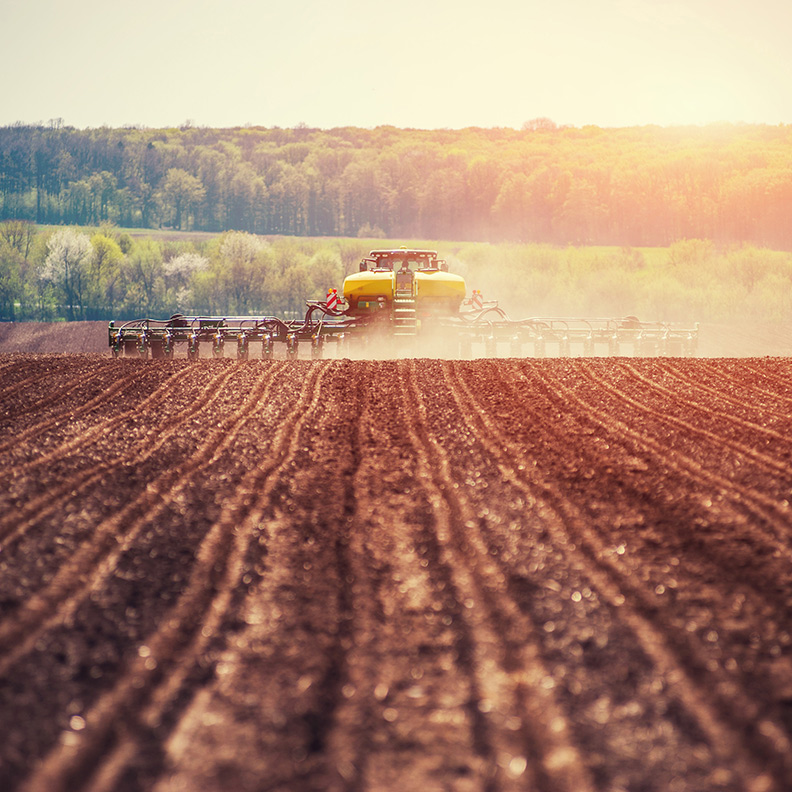 This year has been anything but normal. Before U.S. farmers could even begin planting, the invasion of Ukraine created a lot of uncertainty in agriculture commodity markets. As prices for many crops rose due to supply and logistics issues, eyes turned to U.S. farmers to see if changes would be made to planting predictions. While U.S. farmers are not facing a war on their own soil, this year’s planting season has seen its fair share of stops of starts.

The USDA started releasing its weekly crop progress report for this year’s growing season. The April 24 report showed that across 18 states, on average, only seven percent of corn has been planted, down from sixteen percent at this time last year. Three percent of soybeans have been planted, down from seven percent last year. This isn’t a surprise as the much of the country is experiencing drought, recent snow or low temperatures that have slowed planting.

Weather is always a concern, and this year has been no different. We’ve seen everything from drought to massive amounts of snow. A few weeks ago, parts of North Dakota saw 40 inches of snow. While this will eventually provide much needed moisture, the cooler temperatures and heavy snowpack will further delay planting of key crops.

Drought is also affecting planting progress, especially in Canada and Texas. The Canadian Plains, where a lot of wheat and small grain is grown, has been dealing with drought. Areas of lower Alberta and Saskatchewan are seeing extreme drought, which will affect planting.

Much of the Upper Midwest has been experiencing a relatively cold April. Minnesota is currently on track to have the second coldest April in the last 60 years, further delaying planting. Many farmers are delaying planting corn as they wait for soil temperatures to reach 50 degrees, as much of Minnesota, North Dakota and Wisconsin have struggled to hit 50 degrees for daily air temperature. It’s going to take more than a few warm days to bring soil temperatures up so that corn and soybeans can be planted and germinate.

Across the country, it appears we’re experiencing another year of La Nina, which affects the Jetstream and typically leads to some areas being soaked, while others are very dry. This year, La Nina has kept the Western United States very dry and the East wet. La Nina can also lead to drier than normal conditions for the corn belt as the storm track keeps moisture away.

Other than weather, as we head into the 2022 planting season, inputs are one of the biggest concerns facing farmers. Everything a farmer uses to plant their crops has risen significantly. Price of fuel and fertilizer have doubled in the past year, largely due to the conflict in Ukraine. With fertilizer costs so high, there is concern around long term yields. Farmers looking to cut costs may apply less fertilizer and chemicals, which could lead to smaller crops.

Other shortages that could lead to issues are equipment and parts. This is an issue to watch for later this year as harvesting could prove difficult. Farmers not having replacement parts due to supply chain issues could also lessen yields.

While much of the talk around ag markets, commodity prices and a potential food crisis has revolved around Ukraine, low yields out of Argentina will also play a part. Argentina is the world’s seventh largest wheat exporter and could increase production to offset rising prices due to Ukraine and Russia. Recent government policies look to make grain shortages worse. The government in Argentina has been subsidizing wheat to reduce the price of bread. This policy disincentivizes farmers to plant more wheat by lowering the price of wheat and they’re more likely to plant other grains without government intervention.

On top of this policy, Argentina, and much of South America is also experiencing a drought. According to Argentina’s Rosario grains exchange, Corn output is expected to drop 33 percent. A combination of low rain and high temperatures in December and January led corn yields to a 10-year low. Farmers are also worried about harvesting issues as the threat of a diesel shortage looms.

China’s GDP grew an unexpected 4.8% in Q1, despite a rough March as COVID restrictions and the conflict in Ukraine continues. Increased COVID restrictions are leading to more labor concerns as manufacturing could be slowed. Worries about a possible recession in China are heightened as the government struggles with growing the economy without destabilizing prices. We’ll be keeping an eye as further shutdowns due to COVID may slow growth

The biggest global event affecting agriculture right now is still the ongoing conflict in Ukraine. Given the importance of Russia and Ukraine to global ag markets, specifically grain, all eyes have been on Ukrainian farmers to see how much they’re able to plant. According to the Ukraine Ministry of Ag, farmers will be able to plant 13.4 million hectares which is a 21 percent drop compared to last year and 20% of the crop has been planted as of April 22. Over the last 18 months, wheat prices have more than doubled, rising 110 percent. Corn and vegetable oil prices are up 140 percent and soybeans are up 90 percent. The crop that gets planted will struggle to be harvested and exported due to equipment and diesel shortages.