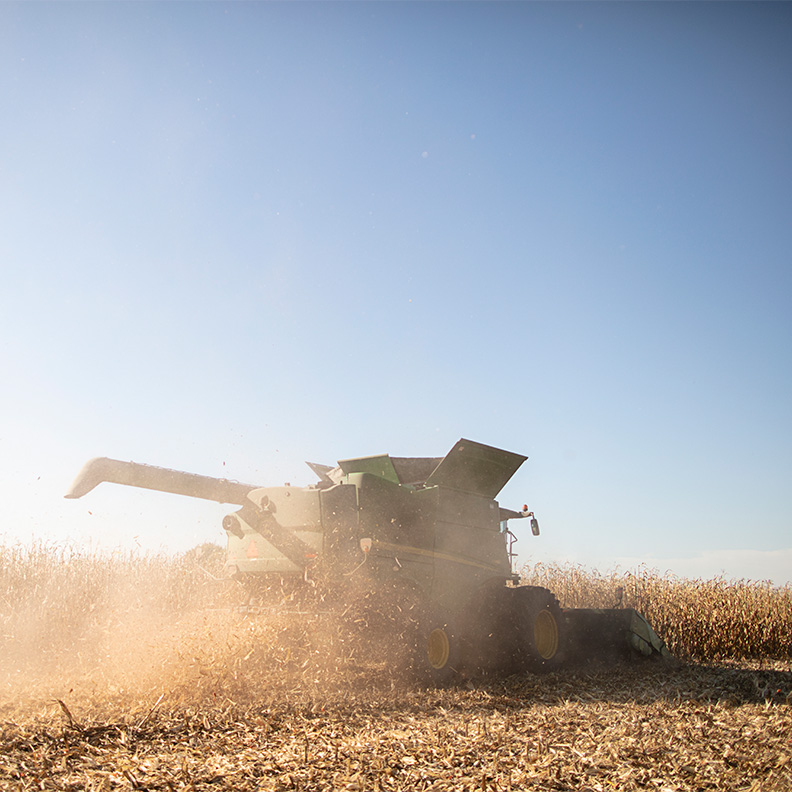 It’s been an abnormally dry year throughout the Corn Belt region and across the U.S., as many areas are dealing with “extreme” to “exceptional” drought conditions, according to the U.S. Department of Agriculture.

These dry conditions are putting added pressure on an already volatile agriculture commodity market. Uncertainty around global supply — primarily due to Ukraine’s unknown ability to export as the Russian invasion there continues — remains a key issue. An ongoing bird flu outbreak in several states has also impacted the demand for feed. As a result of these factors, November soybean and December corn futures prices have come down after peaking earlier in the year.

As of mid-October, 45% of the U.S. corn crop has been harvested, which is 5% more than the historical five-year average, according to the USDA. Soybean harvest is also ahead of schedule with 63% of the crop harvested compared to 52% on average for this time of year. Winter wheat planting is trending near average with 69% planted and 38% emerged. The dry conditions throughout the region have been good for harvest, but bad for fall tillage and building subsurface soil moisture for 2023 crops.

The outlook for U.S. cattle is mixed but will take shape based on the country’s overall economic health in the months ahead, which will drive demand. Feed prices including hay, which is in short supply due to drought conditions, and weather conditions throughout winter will also impact the outlook.

Harvest is progressing in Ukraine, but yields are below average due to a lack of adequate inputs and quality is low due to a lack of crop protection chemicals and affordable energy to dry grains. Grain storage is also sparse due to damage throughout the country. Meanwhile, a grain corridor agreement that has significantly helped agriculture commodities travel out of Ukraine via ship is set to expire on Nov. 22, though there have been talks around an extension.

Like in the U.S., drought is impacting South American crops, including in Argentina, where corn planting has been slow. In Brazil, the 2021/22 soybean crop was estimated at 127 million metric tons, down 9% year-over-year, and exports decreased by 17%. The 2022/23 Brazil soybean crop (currently being planted) is estimated to bounce back to 152 million metric tons and exports are estimated to increase by 31%, according to the USDA. Exports of Brazilian soybeans typically peak in April.

In China, hog margins improved and are at their highest figure in the last 18 months. This is bullish for the global soybean market with China importing 35% of its soybeans from the U.S.

What to watch for

Ag operators will be keeping an eye on the weather the rest of this year and heading into 2023. Increased rainfall is needed to help promote fall tillage and improve the outlook for 2023 crops in the U.S., South America and elsewhere. Mississippi River water levels have also been extremely low due to the dry conditions. This has caused shipping delays across the U.S. and has forced global buyers to look elsewhere for short-term solutions. A wetter 2023 would help alleviate some of these issues.