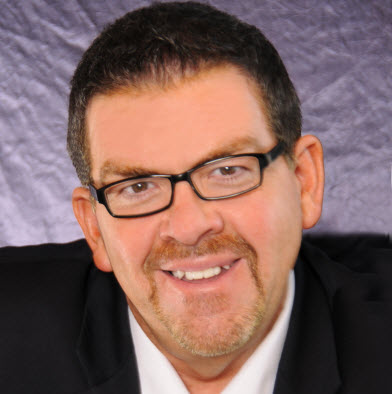 Stimulus payments and the economic recovery have all eyes on interest rates. Equity markets as well as Large Cap, Mid Cap and Small Cap continue to perform well. Value stocks outperformed growth stocks over 10% in Q1, as more economic sensitive companies rallied in expectation of this economic rebound. Negatives include a relatively expensive market, with potentially higher inflation, which could force the Federal Reserve to become less accommodative.

Large caps. Our Large cap funds under performed slightly for the month. Large Cap Funds overall were up 5.10% versus the S&P 500 at 6.17%. Our Vanguard Information Technology Index Fund (VITAX) detracted from the mix as the technology sector lost some of its momentum and was up 1.42%. Our T. Rowe Price Dividend Growth Fund (PDGIX) was up 4.98% and the J.P. Morgan Hedged Equity fund (JHEQX) was up 4.54%. One-half of the large cap allocation is in the Vanguard S&P 500 Index Fund (VFIAX), which had the same return as the Index.

Mid Cap. The two Mid Cap funds were up 6.57% versus 13.47% for the Mid Cap 400 Index. Our Mid cap growth fund, MFS Mid Cap Growth Fund (OTCKX) underperformed the benchmark and was up down 2.40% for the quarter which was not surprising given the fact growth stocks were out of favor. Our J.P. Morgan Value Fund (FLMVX) offset some of the MFS weakness and was up 15.54% as value stocks came back strong during Q1.

Small Cap. Small Cap funds lagged a bit in the quarter as well returning 10.26% versus 18.24% for the S&P 600 Index. Aberdeen U.S. Small Cap Equity Fund (GSCIX), a blended fund that focuses on quality, performed quite well relative to its category, up 10.28%. The Vanguard Small Cap Index was up 10.22%, below the S&P 600 Index. This index holds smaller market cap stocks and has a larger value component than our two funds and smaller value names rebounded very strong in the quarter.

Developed International space. The Developed International space outperformed up 3.60% versus the 3.48% for the EAFE. Fidelity Overseas Fund (FOSFX) was up down 1.76% versus the EAFE in Q1. Our FMI Value Fund (FMIYX) was a good performer as value stocks outperformed and this fund participated nicely in this area. The fund was up 7.12% for the quarter, up 3.64% on the EAFE.

Emerging Market fund. The Emerging Market fund was up 0.82% for Q1 versus 2.29% of the MSCI EMR Index. Our Emerging manager, Invesco Developing Markets Fund (ODVYX), tends to buy quality companies that have less upside in a strong market but provide better downside protection in a weak market. The fund came back after a poor January to make up for some of the relative underperformance.

Taxable fixed income group. The taxable fixed income group of funds outperformed as it was down -3.02% versus the - 3.37% return for the Bloomberg Barclays U.S. Aggregate Bond Index. The Baird Core Plus Bond Fund (BCOIX) has strong corporate bond picking prowess and was down -3.10%. The TCW Total Return Bond Fund (TGLMX), which specializes in the securitized mortgage-backed space was down -3.15% The Guggenheim Total Return Bond Fund (GIBIX), a fund that invests in the non-index sectors of the US bond market was down -3.69% for Q1. Our small position in the Baird Short Term Bond fund helped returns during a volatile quarter and was down just 0.12%. We did make changes to our bond mix during the early part of March by eliminating the Baird Short Term fund and replacing it with the Baird Ultra Short Bond fund, as well adding DHSTX, a high yield fund, and EIDOX, an emerging markets bond fund to add yield and diversify the portfolio more away from U.S. interest rate sensitivity.

National tax managed income group. The National tax managed fixed income group of funds were down -0.05% for the Quarter. The Minnesota tax managed group of funds were down -0.80% YTD. The Tax-Exempt sector outperformed the taxable sector in part due to the short supply of bonds in the Tax-Exempt space. The demand is also likely to increase as potential proposed corporate and individual tax increases move along the path to possible law. Government stimulus aid to states and municipalities also have addressed many credit quality concerns regarding budget deficits and a reopening of the economy should also help fill state and local government coffers.

As a Senior Portfolio Manager, Jim’s primary focus is portfolio management for individual and institutional clients. He works with Wealth Management Advisors, Trust Officers and bank partners to customize client portfolios based on each clients’ unique needs. His main priority is managing each client’s portfolio to align asset allocation with specific client goals. As a senior member of the Asset Management Team and member of Bremer’s Investment committee Jim provides input into Bremer’s overall investment strategy including leading equity research and strategy efforts. Jim has worked in the investment industry for more than 27 years and has ...