How the invasion of Ukraine is affecting inflation 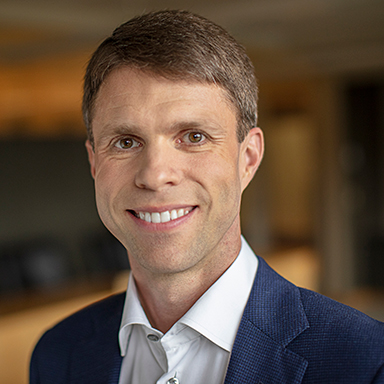 In addition to the human toll, the Russian invasion of Ukraine has caused volatility in financial markets and disruptions to markets for goods and services around the world. The conflict has further exacerbated the economic effects of the pandemic on agriculture production, energy prices, global supply chains and general inflation. The U.S. and Europe were already experiencing heightened inflation prior to Russia’s invasion of Ukraine, but the conflict will likely prolong the period where inflation remains elevated.

During the pandemic, much of the world experienced supply issues and shifts in demand that caused prices of many goods and services to rise. Many expected that as the pandemic subsided trade and production would increase, which would cause inflation to decline to more tolerable levels. As the conflict continues, the return to normal production and trade levels has been delayed or even permanently reduced. The conflict has perpetuated an environment of increased energy and commodity prices, snarled supply chains and deglobalization.

Immediately following Russia’s invasion of Ukraine, European gas prices increased roughly 70 percent. Russia is the world’s largest exporter of natural gas and the second largest for oil. Europe has been hit the hardest as about 40 percent of its energy supply comes from Russia, and some countries like the Czech Republic are 100 percent reliant on Russian oil. While the U.S. is not heavily reliant on Russia for oil or natural gas, the price of oil is set in the global market, which is why there has been such a dramatic price increase at the gas pump, even in the U.S. While many European countries have announced plans to explore other energy options, it will take a considerable amount of time to reduce dependence on Russian supplies of oil and natural gas. In the meantime, energy prices are expected to rise significantly in Europe. For example, compared to March, household gas and energy bills are in the UK are expected to rise 54 percent in April. Energy prices are a huge driver of non-core inflation and most economies have seen significant increases in the last month.

Ukraine and Russia are both major agriculture producers, and as a result, prices of many soft commodities have also shot up. The region is a major exporter of crops such as wheat, corn and sunflower seeds and the conflict has made growing and shipping these commodities very difficult. Recent USDA reports have estimated fairly large reductions in exports out of Ukraine as ports remain closed. Various experts also expect farmers in Ukraine to plant significantly less acreage this year.

Russia and Belarus also account for about one third of trade in Potash, a key ingredient in fertilizer, and the region is major exporter of neon, platinum and palladium, which could affect automobile and semiconductor production. While prices of some commodities have already increased significantly, expect further volatility through the end of the year and into 2023 as markets assess the impacts to supply globally.

Another side effect of the Russian invasion of Ukraine is to further the worldwide trend toward deglobalization. The conflict is causing many countries to reconsider who they trade with and what trade preferences they offer other countries. It is causing companies to pull out of countries that are under international sanctions. The supply chain issues experienced during the pandemic have already encouraged companies to consider making more of their products locally, or at least having local backups if a foreign supplier can’t deliver needed components, and the war in Ukraine is causing more companies to pursue this trend.

The conflict has also demonstrated the consequences of relying on foreign suppliers for necessities. Hungary announced it was halting grain exports due to rising prices and possible shortages. Several Middle East countries are hoarding flour. Many European countries have signaled that they are going to be pursuing other energy options as they shift away from relying on Russian oil, natural gas and coal. Shifting energy sources away from oil and natural gas and to nuclear or solar will take time but the conflict has accelerated Europe’s plans. These supply chain issues are motivating countries to become as self-sufficient as possible, which has caused a reduction in trade relative to GDP. In the short term, this could have a negative impact on global growth and add to inflationary trends.

Historically, markets tend to react negatively to geopolitical risk and uncertainty, at least initially, and the conflict in Ukraine has been no different. In the weeks leading up the invasion, markets were more worried about inflation and how global central banks would react to it. In the initial two weeks after the invasion, markets became even more volatile and most stock markets fell. Many investors moved towards safer assets such as the dollar, gold, and Treasury bonds, though the expectations of rising interest rates and inflation kept Treasury rates from falling too much.

Many central banks have already started raising rates in small steps to curb further inflation, including the Federal Reserve on March 16, and more rate increases are likely over the coming year. Household incomes will be squeezed due to rising energy and food prices, which may hurt investment, retail sales and consumer confidence, but wage growth remains strong, offsetting some of the sting of higher prices. The University of Michigan Consumer confidence dropped this month to 59.7%, the lowest since September 2011, as consumers digest the fact that inflation will probably stay high for longer than expected.

However, it is also important to keep in mind that the US economy continues to grow at healthy rates, with low unemployment, solid wage growth and strong corporate balance sheets. Financial markets may remain volatile for the near future, but the underlying fundamentals of the US economy are strong.

Russia’s invasion of Ukraine will likely prolong the period of elevated inflation and at least temporarily worsen already problematic supply chains. It has propelled trends, such as deglobalization, that started before or during the pandemic, not to mention the tremendous toll it has taken on the Ukrainian people and the people of neighboring countries. Despite the negative headlines and volatility in the market the most prudent course of action for most US investors is to stick to a long-term investment plan, with a diversified mix of assets that provide income, growth and inflation protection.